31. Consider the following statement and select the correct code stating the nature of the argument involved in it :  To suppose that the earth is the only populated world in the infinite space is as absurd as to assert that in an entire field of millet only one grain will grow.
(1) Astronomical (2) Anthropological
(3) Deductive (4) Analogical
Answer: 4

The following table shows the percentage profit (%) earned by two companies A and B during the years 2011-15. Answer questions 35-37 based on the data contained in the table : 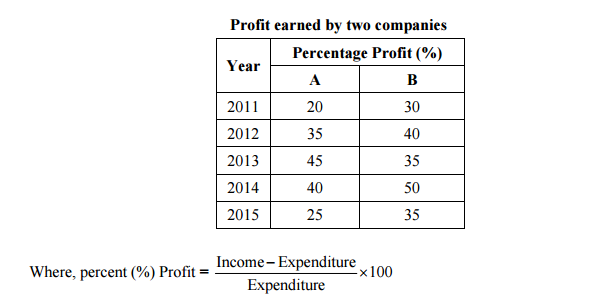 The following table shows the number of people in different age groups who responded to
a survey about their favourite style of music. Use this information to answer the questions
that follow : (Question 38-40) to the nearest whole percentage : 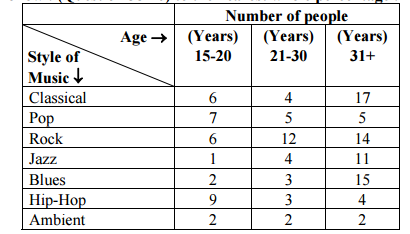