2. As long as the substitution effect dominates the income effect, the labour supply curve is
(A) negatively sloped
(B) positively sloped
(C) bend backward
(D) shifting towards left
Answer: (B)

4. Assertion (A) : Monopoly is Pareto inefficient.
Reason (R) : It would be possible to change the allocation of resources to make the amount of income he would be prepared to pay in exchange of the reduction in price.
Codes :
(A) Both (A) and (R) are correct and (R) is the correct explanation of (A).
(B) (A) is correct, but (R) is not correct.
(C) Both (A) and (R) are correct, but (R) is incorrect explanation of (A).
(D) (R) is correct, but (A) is incorrect.
Answer: (A)

5. If MPL/MPK does not change with any proportionate change in labour and capital then the production function is
(A) Linear
(B) Non-linear
(C) Homogeneous
(D) Homothetic
Answer: (D)

10. In Keynes’ equation of absolute income hypothesis, C = α0 + by, where C = Consumption expenditure; α0 = Consumption expenditure when income (y) is zero; and b = Marginal Propensity to Consume (MPC), then which of the following statements is false ?
(A) MPC is independent of the level of income.
(B) MPC is dependent on the level of income.
(C) APC falls as income rises.
(D) APC > MPC.
Answer: (B)
11. Which of the following statements is false ?
(A) The balanced budget multiplier is unity when taxes are lump sum taxes.
(B) The balanced budget multiplier is less than unity when taxes are ad valorem taxes.
(C) Tax multiplier is less than government expenditure multiplier.
(D) Tax multiplier is more than government expenditure multiplier.
Answer: (D)

13. Assertion (A) : In liquidity trap, the demand for money is perfectly interest elastic.
Reason (R) : Because in this situation, all the investors expect the market rate of interest to rise towards the natural rate of interest.
Codes :
(A) (A) and (R) both are correct and (R) is the correct explanation of (A).
(B) (A) and (R) both are correct, but (R) is not the correct explanation of (A).
(C) (A) is correct, but (R) is incorrect.
(D) Both (A) and (R) are incorrect.
Answer: (A)

15. Which of the following is not specifically mentioned as a determinant of the demand for money ?
(A) Wealth
(B) Nominal yield on alternative assets
(C) Inflation rate
(D) Real rate of interest
Answer: (D)

16. Whose model of the following economists makes use of the stock adjustment principle to explain business cycles ?
(A) N. Kaldor
(B) J.R. Hicks
(C) P. Samuelson
(D) J.M. Keynes
Answer: (A)

26. Which five year plan of India has recorded the largest gap in terms of growth rate between the services sector and the industrial sector ?
(A) Seventh Plan
(B) Eighth Plan
(C) Ninth Plan
(D) Tenth Plan
Answer: (C)

33. The exchange rate is kept the same in all parts of the market by
(A) exchange arbitrage
(B) interest arbitrage
(C) hedging
(D) speculation
Answer: (A)

41. Which of the following is tantamount to absence of taxation ?
(A) Shifting of the tax
(B) Tax transformation
(C) Evasion of tax
(D) Tax capitalisation
Answer: (C)

42. Which of the following tax is within the jurisdiction of States as enumerated in List – II of the Schedule VII of the Constitution of India ?
(A) Taxes on Railway freights and fares.
(B) Taxes on sale and purchase of newspapers and on advertisement therein.
(C) Rate of stamp duty in respect of certain financial documents.
(D) Taxes on luxuries, including entertainments, betting and gambling.
Answer: (D)

44. Which of the following tax can be shifted easily ?
(A) Lump-sum tax imposed on the monopolist
(B) Tax imposed on residential house
(C) Capital goods meant for sale
(D) Succession duty
Answer: (C) 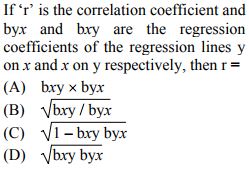 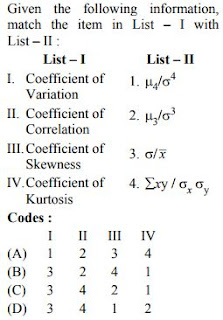